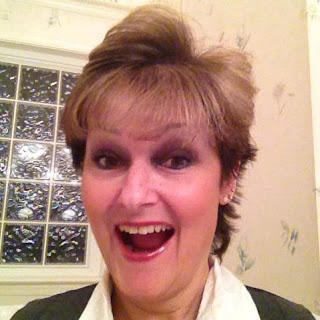 “If you want something bad enough you will find a way to get it.”
One of the many things my daddy, a brilliant man, once told me. He was right about that and countless other things in my life.
One thing I wanted more than anything as a child growing up in the 60’s was to play piano. As luck would have it, I lived next door to a music teacher, Ms. Long who played and taught everyday and sometimes twice on Saturday. I wasn’t your average kid. I rode bikes and played kick ball in the streets sure, but when that piano began to play, the world stood still for me and I heard nothing but the sounds of Chopin and Floyd Cramer for hours on end. I would sit on my steps and just listen. I listened to every note, every key, every flat, and every sharp. I practiced in my head over and over and then over again. See, I didn’t have a piano, and my chances of getting one were slim to none. We were extremely broke. It was the 60’s. We were a one income family. So many other things were needed. A piano? It was laughable. Ms. Long was my friend even though some in the neighborhood said she was insane. She shared my love for music and she understood my need to play. I will forever be grateful to her for opening the flood gates to my musical world and being the first to allow me to explore those ivory keys I longed to know.
There I was in my 20’s, playing any and everyone’s piano I could find. I never had the first lesson but I could play by ear which some people say is a raw talent. I didn’t know what that meant except I was able to play anything I wanted after hearing it a couple times. I played church songs, wedding songs, rock songs, even an occasional sappy love song. People I knew complemented me and I just thought it was an OK thing to do. I started asking Santa for a Baby Grand as a joke at 26 on a dare from a friend. I have stood in line every year for 26 years asking for the exact same thing. What started out as a joke turned into a tradition for my children and I . And I plan to continue this with my grandchildren as long as they believe in Santa.  I bought an electric keyboard at 26 and thought this is as good as it gets.  In my heart of hearts though, I still longed to own a piano of my own so I could practice every day. How awesome would that be?
At 30yrs old, my father passed away and my world crashed and burned with me inside. I was devastated. He had loved to hear me play. I would never be able to play Nat King Coles “Mona Lisa” again. I couldn’t bear the thought of playing “The Tennessee Waltz” without looking into my dad’s blue eyes. Who would I play for now? The phrase “the day the music died” had more meaning to me then more than ever!  It took me awhile, a long while,  but I decided to pick back up for him because every time I sat down at that keyboard I would remind myself, “If you want something bad enough you will find a way”.
So I kept playing that keyboard and bought 3 others in the years to come, each a little bigger, each a little better. I was still not quite satisfied though. I was finally able to afford a real piano in 2006, a used one, from a music teacher who was going into a retirement home and couldn’t take it with her. Very sad story but I promised to take good care of it and that I did. I played my heart out, every day. I played for family, for friends, for anyone that would listen. This past January, I had to part with my beloved piano because it needed more work than it was worth. Between the teacher and myself, the keys had become loose, some needed replaced, a good tuning was in order, and it would be several hundred dollars to repair. My intentions were to sell it and take that money and get a newer one. Our intentions never seem to work out though do they?
My MS had progressed to the point that my tremors kept me from playing in front of anyone. I would get so embarrassed when I missed a key or would hit the wrong one  but I kept trying. When I was alone in the house I would play like there was no tomorrow. I am hoping to get another one someday. Although I never did learn to read notes I could play anything just hearing it a couple times. And the amazing thing is I’m pretty sure my youngest grandson has inherited this talent. He certainly has rhythm and a love for music and thinking back that’s all I had.
MS has taken so much from all of us in the form of independence, confidence, self worth, and definitely has affected our ability to do the things we used to do before being diagnosed. But what I have to keep remembering is that shy little girl sitting on the porch steps listening to those beautiful ivory keys and I know in my heart I will continue to play because it will never take my spirit or my desire to one day make Ms. Long proud of her star student.
Posted by MSnewsChanel.com.com at 6:26 AM