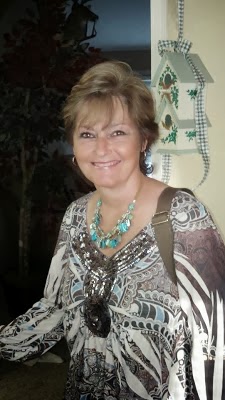 I had my first seizure at the ripe old age of 8. The only things I remember about it were being so scared and scaring my parents to death as well. That was 1968 and back then the only test I had was an EEG and it was confirmed that yes indeed I had had a Gran-mal seizure. I was hospitalized for a week and remember being prodded and poked continuously. When I got out I was told I would have to take medication the rest of my life.  At 8 years old, you just don’t grasp being told you will have to take this little pill the rest of your life or else you might have one of those “fits” as my grandmother so lovingly referred to them. And you also don’t get how important that one little pill will become as you get older, but I’ve certainly learned the hard way not by my own doing but by interference of others that my life can and will be severely be altered if something happens and I can’t take this medicine.

Over the years, as my body grew, my neurologist had to change strengths, dosages, and even the prescription itself to accommodate my need for seizure control. I started out on Phenobarbital, one that’s used primarily for young children and then worked my way up to Dilantin when I got into my teens. I developed immunity to it so around my twenties I was put on Carbatrol. My seizures were controlled pretty well and unless I was overly tired, didn’t eat well, got really stressed out, or abnormally upset, I didn’t seize. BUT, if one of those things, just one got off balance, medicine or not I would land in the ER being pumped with Ativan and wondering who and where I was for days.
Lucky for me there was a new drug coming on the market called TOPAMAX. We had no idea if this was going to be the “miracle drug” for me of if we’d have to play with the dosage, we just didn’t know. I had complete faith in my neuro, (still do) and so I tried it. For a few years I didn’t have any problems at all. But all good things come to an end. My seizures got to the point that my neuro had to combine two medicines in order to control them and that’s what I've been taking now for approximately 10 years.

The successful combination we’ve discovered (for me) was Topamax and the Carbatrol I had taken in prior years.  Just like any other drug out there, there is a 10 year window that no one else can make it except the original manufacturer. After 10 years is up, any and everyone who wants to get a piece of the pie can manufacture it. Topamax fell under that umbrella the first 10 years I was on it. I took BRAND only and never had an issue. I knew it was expensive back then but I had United Health Care Insurance and my Brand Co-Pay Maxed out at $30…$30.00!! Looking back, I remember complaining about that $30 but we are talking probably 1993, 1994 maybe….$30 was a lot to a single mom of two kids!

And then the Generic train came to town. Every pharmaceutical company out there decided to mix their potion of Topamax and call it Topiramate and get in on the action, except for one thing…It didn’t work. Not for seizures anyway. Not for my seizures. Not for a lot of peoples seizures. A generic I found out doesn’t have to match 100%to the Brand...only like 90%. Guess who notices that 10%?? Ah, this girl!! Most of my battles have been fighting with insurance companies to provide BRAND only seizure meds. I usually have to get a Dr’s approval, DAW which means Dispense As Written, And then sometimes we have to appeal it with the higher courts.

About three years ago, while fighting with an insurance Co waiting on the approval to come thru, I was taking the generic Topiramate because that’s all they would send until the appeal went through, I suffered a Gran-mal seizure. So I’m living proof that the generic doesn’t work for me. Needless to say, I won and they granted me a lifetime appeal and said I would never have to go through that process again. It’s on my records now so every time I get it filled, Its BRAND only!!!

Yay for me right? Not so fast. In 2010 we paid $140 for this medicine. It wasn’t $30 but I understand inflation. In 2012 the price went up to $150. Still, somewhat expensive but what are you going to do right? I got it filled in October of 2013 for $180. Are you guys seeing a trend?? I tried to get my refill Jan 3 and was told the price was $418.00…When I picked up the phone after dropping it I said, “I’m so sorry, there’s just got to be a mistake here” in my sweetest of southernistic tones. And HE said or at least I think he said, (I couldn’t make it out really, but it boiled down to) “NO, NO MISTAKE. PRICE WENT UP”. From that point on all I could do was sniffle, then the tears flowed, then I couldn’t see to write, then I couldn’t hear, then things really started to get blurry. I gained what little composure I could and said in my meekest little Minnie Mouse voice “Why?” He said something about it not being a preferred drug anymore, something about 50% of the total drug or $300, I honestly do not know. All I know is there is NO WAY I or anyone else could pay this now or ever! I’m so upset! I have looked everywhere for RX help and of course it’s all income based. Those programs don’t take in consideration people like me who have chronic illness’ and have to take 13 pills a day, all Brand, and all will be Tier 3’s more than likely. I’m not sure where this “preferred drug” thing came from since we didn’t have it last year, guess it’s something new. I can only presume its part of our “New American Healthcare Plan”?

Well Mr. President, can you Puleeze take me off of it? I’d rather pay the penalty. It’s cheaper. That way I can get what meds I need to stay alive.  Or better yet, would you like to buy my medicine for me? HA, didn’t think so.

Right now I have no idea what I’m going to do about this. They suggested appealing it but of course, we’ve already done that and won but hey if appealing a second time will get it on the “preferred drug” list I got nothing but time. I’m really upset that somewhere there’s someone making decisions about MY life who doesn’t have a clue what not being able to take this medicine will do to my body. Perhaps those calling the shots should experience a GranMal seizure just once in their life and I’ll bet this would be a $4.00 prescription at Wal-Mart.

Love and Best wishes to all,
Cindi Hopper

Conviction, Determination, Desire, and Peace. That is what I feel this New Years 2014. 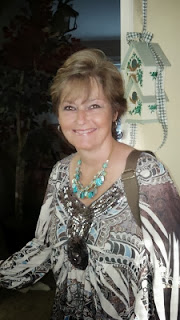 Another year has come and gone and on this eve of “ Ringing in” the glorious year of 2014, I’m doing exactly what I did  last year and the 4 years prior to this one.  My husband and I are in our recliners away from all the hustle and bustle of the bar and restaurant scenes and have become quite at peace with staying home avoiding all the traffic mishaps just being thankful, happy, and blessed with the life we have. This is the night he and I reflect on the year that has passed good and bad and look forward to a new year full of Hope, Health, Love, and Peace.   We remember those we have lost to heaven and we smile at the new generation coming up.  We are so thankful for gaining new friends, yet saddened for those we’ve lost along the way.


We look through pictures and share laughs, and he reminds me that I have a “good eye” with the camera. I remind him he’s a great subject.  This last year, 2013, has been pretty rough for our family as I’m sure it has been for a lot of people. Financially, it has brought many of us to our knees. So many people have lost their homes, their cars, their jobs, and their livelihood.  JR. & I both are products of the 60’s. Gas was around $.35 a gallon, Coca-Cola was $.15, going to the movie was